I'm sure there are funny kids everywhere. But I happen to think there are a higher concentration of them in Shishmaref. 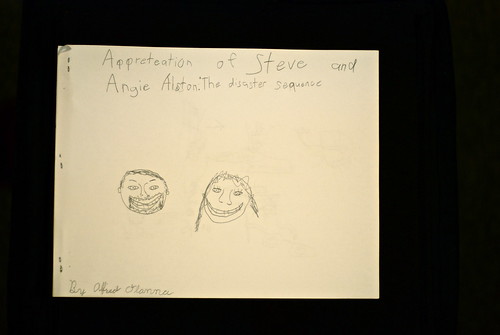 This book was made by a student that used to be in Steve's class. He's in sixth grade now. He delivered this book to me after school.

Note to readers: I think the title is supposed to read "The Appreciation of Steve and Angie Alston: The Disaster Sequence"

Additional Note to readers: I am totally impressed by the use of the colon in the above title. And the fact that Alfred nailed Steve's goatee.

Additional-al Note to Readers: Does anybody else think that the phrase "The Disaster Sequence" is especially clever? 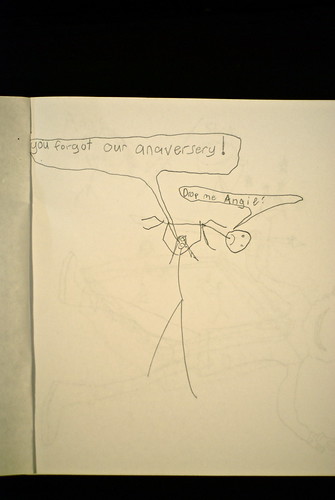 Note to Readers: While the Angie to Steve height ratio is a little skewed (I'm not typically twice as tall as Mr. A), my svelte figure is eerily realistic (yeah right). 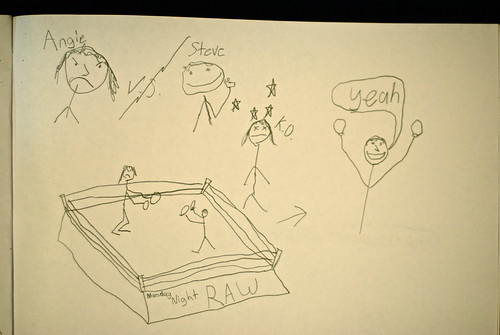 Apparently, Alfred thinks that Steve and I settle our disputes in the boxing ring. (For maximum enjoyment, notice the peace sign Steve's cartoon is making in the upper left hand corner.

Note to Readers: Monday Night Raw is an actual wrestling program (or used to be), but I didn't know that until I looked it up on Wikipedia.

Informational Note to Readers: K.O. stands for knockout. And I knew that without Wikipedia because sometimes I play nerdy comic book character Superhero Battle Simulation Games with Steve.

Note to My Students: Wikipedia is NOT an appropriate source for a research paper. 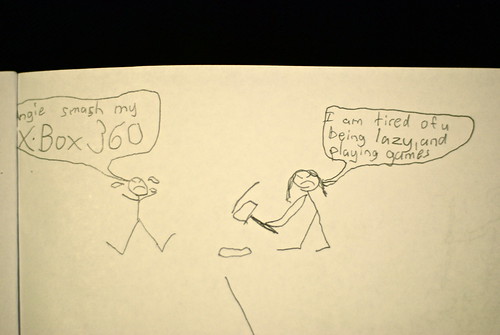 (Sorry for the fact that I have no skills and can't seem to size the above photo correctly. My speaking bubble reads, "I am tired of u being lazy and playing games.")

Cartoon Angie was dissatisfied with the results of the boxing match, so she decided to hit Steve where it hurts. I admit that I have threatened to smash Steve's X-box before, but I was only semi-serious.

For maximum enjoyment, notice the angry eyes on my cartoon.

Note to Brave Readers: Steve's mom gets really embarrassed if this story is mentioned (which pretty much happens every time we're in town). 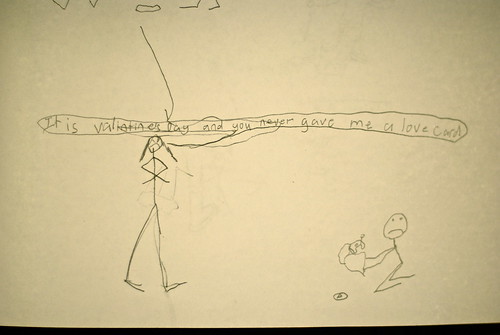 "You never gave me a love card." Ha! This is what I am now going to say every time I am unhappy. I'm serious. 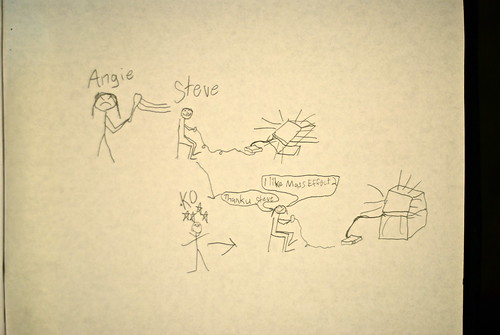 Cartoon Angie has managed to find a club that's either moving very quickly or has large flexible spikes. She wields it on the unsuspecting Steve (who has somehow repaired the X-box) but ends up falling prey to the call of Steve's games.

And that is how we know this is a work of fiction. But I think I proved my original point. Kids in Shishmaref are funny.