When I volunteered to be the Cross Country Ski Coach, I knew I was volunteering to face several scary experiences. Among them:

One of the experiences I was particularly not looking forward to was the waxing of the skis. Because I've never before participated in cross country skiing, I had no idea how to wax skis. All I knew was that it would involve blocks of wax and irons hot enough to produce lots of steam like this: 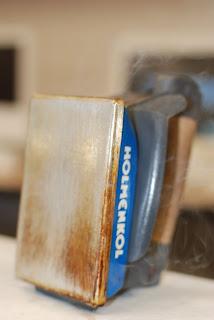 The idea of mixing scalding hot irons, melted wax, and a bunch of junior high kids did not sound like a good idea to me... But, tomorrow the kiddos have their regional championship meet, so we couldn't put it off any longer.

So, it turns out that waxing skis is actually the easiest part of being the Cross Country Ski Coach. My skiers made it through with all of their fingers and appendages intact, and we didn't start any fires. Bonus.

If any of you are curious. Here is the process for waxing skis Shishmaref style.

Melt a bunch of wax so that it drips across the bottom surface of your skis: 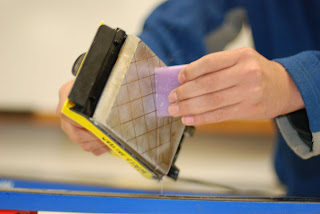 Run a very hot iron across the dripped wax so that it smoothes the wax across the ski: 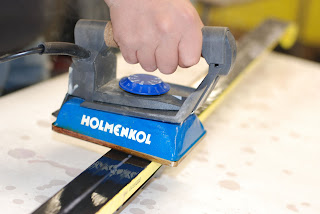 Scrape off the excess wax with a thin plastic scraper. 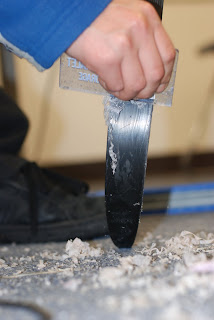 Use a stiff brush to buff the wax coating to a smooth finish. 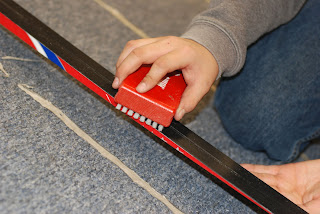 I hope that comes in handy next time you need to help a group of kids wax their cross country skis. Hey, I never thought I'd be doing it either...